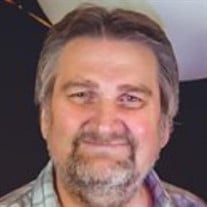 Shelton Cordell Bohlman, age 67, passed away Tuesday August 17, 2021, in Mena, Arkansas. He was born on May 24, 1954 to the late Cordell and Rosemary (Garrett) Bullock. Shelton was the owner and operator of Shelton’s Cone n’ Cue, if you grew up in Polk County in the 70’s – 80’s there was a good chance you were a loyal patron of his. After selling the Cone n’ Cue, Shelton made a name for himself all over the county as a premier florist. He took great pride in his beautiful arrangements and would often go to extreme measures to ensure his arrangements were the best in the county. Shelton was a devoted member of the Christ Community Fellowship. He enjoyed baking delicious pies for friends and fundraising events, and more than that, he loved to talk about how much people paid for his pies at said events. He often visited nursing homes, worked in his yard, and could be found keeping up with the “goings on” in Polk County. If you wanted to know anything going on, your best bet was to call Shelton. He seemed to know before anyone else did. Sometimes it seemed like he knew before it even happened. Shelton is preceded in death by his parents, brother, Joe Bohlman, and sister, Lorna Deramus. He is survived by his brothers, Kent and wife Sandy Bullock, Donald and wife Kimberly Bohlman, Fred Bohlman, and Roy Joe Bradley; brother-in-law, Doyle Deramus; sisters, Deborah Roza, Lynn Ashley, “Ro” Rosemary and husband Dean Stallings, and Patricia and husband Jim Parker; sister-in-law, Gladys Bohlman; numerous nieces and nephews, and too many friends to mention!! Graveside services will be held August 21, 2021, 10:00 a.m. at Pinecrest Memorial Park in Mena, Arkansas. Brother Bobby Blasingame will be officiating, under the direction of Beasley-Wood Funeral Home. The family of Shelton would like the public to note that while pants are optional, masks and shorts are greatly encouraged, but please be clothed for the ceremony.

The family of Mr. Shelton Bohlman created this Life Tributes page to make it easy to share your memories.

Send flowers to the Bohlman family.