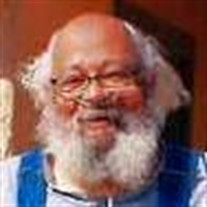 Mr. Robert “Doc” Cecil Mallory, age 73, went home to the lord on Monday, February 7, 2022, in Mena, Arkansas. He was born February 22, 1948, in Monroe, Louisiana to the late Cecil R. and Iola Jane Day Mallory. Mr. Mallory was a proud member of the United States Marine Corps. He bravely served his nation in the Vietnam War, where he was wounded in action for which he was awarded the purple heart. Robert attended college and received his degree in jewelry making. He married his loving wife, Mary Jane “Mariah” Evans in 2009 and were married until his passing. Robert was a Jeweler by profession and owned and operated the MoonRaven Jewelry Store with his daughter Melissa from 2011 to 2013. He enjoyed fishing and playing soul/rock and roll music; however, his greatest passion was art and jewelry making. Mr. Mallory is preceded in death by his parents, Cecil R. and Iola Jane Day Mallory; 2 sisters, Verna Mae and Joyce; 2 brothers, Patrick and Mike; by beloved son, Nigel Christian Mallory; and by his two grandchildren, Deja and Darius. He is survived by his loving wife, Mary “Mariah” Jane Evans; daughters, Melissa Harber and husband John, Bobbi Mallory, and Atiya Senegal and husband Joseph; grand-daughters, Ashley, Khadijah, Pandora, Esmerelda, Damiana, Seraphina, and Destiny; grandson, Khalil; sisters, Cecile and Suzetta; and a host of nieces, nephews, other family and friends. In his final selfless act, Mr. Mallory made sure his gift as an organ donor was fulfilled. Cremation is entrusted to Beasley-Wood Funeral Home. No services are planned at this time.

The family of Mr. Robert "Doc" Cecil Mallory created this Life Tributes page to make it easy to share your memories.

Send flowers to the Mallory family.