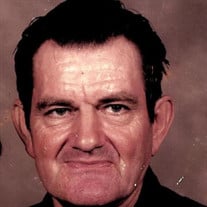 Reuben Nathan Crump, age 85, went home to be with Jesus early in the morning on December 5, 2020. He was born June 6, 1935 in the Mount Clair Community of Cove, AR to the late Rhoda Jane Ward-Crump and Hiram Daniel Crump. He was the eldest of 4 children. As a young man Reuben served in the US Airforce. After his service, Reuben and his brother, Hiram, went to Wyoming to work doing numerous jobs within the community. He moved back to Arkansas and married the love of his life, Grace Oldham, where they spent their days following their love for Jesus and spending time with their family. Reuben enjoyed several hobbies including gardening, music, and being an herbalist. He was a member of the Salem Baptist Church at Nunley, Arkansas and worshipped regularly with his brothers and sisters at the Noble Learning Center in Cove, Arkansas. He was preceded in death by his parents, Hiram Daniel And Rhoda Jane Crump; his wife, Grace Oldham-Crump; his sister, Rhesa Kesterson; and his great-nephew WC Wilson III. Reuben is survived by his siblings, Hiram Crump and wife Ava of Mena, AR, and Susan Sherwood of Cove, AR; and brothers-in-law, Daniel Kesterson of Dierks, AR., Kenneth Oldham of Kent, Washington; sisters-in-law, Theresa Bailey of Umpire, Arkansas and Lola Yazette of Acorn, Arkansas. Reuben will be forever remembered by his numerous nieces, nephews, cousins, and extended family members and neighbors. A graveside service will be held at 2:00 p.m. Tuesday, December 8, 2020 at Witherspoon Cemetery in Vandervoort, Arkansas with Brother George Crump officiating. Visitation will be general. Services are entrusted to Beasley Wood Funeral Home of Mena. Pallbearers will be Tim Smedley, Mike Jackson, Tyler Horner, Devin Horner, Nathan Jameson and Terry Belknap. Honorary pallbearers will be his brothers in Christ from Salem Baptist Church and the Noble Learning Center. A heartfelt thanks to Reuben’s many caregivers and family at Peachtree Retirement Home.

Reuben Nathan Crump, age 85, went home to be with Jesus early in the morning on December 5, 2020. He was born June 6, 1935 in the Mount Clair Community of Cove, AR to the late Rhoda Jane Ward-Crump and Hiram Daniel Crump. He was the eldest of... View Obituary & Service Information

The family of Mr. Reuben Nathan Crump created this Life Tributes page to make it easy to share your memories.

Send flowers to the Crump family.