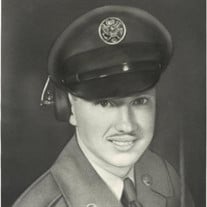 Ralph Awin Wiles, age 87, died at his home in Mena, Arkansas February 22, 2021. Ralph was born February 11, 1934 in Posey Hollow, Arkansas, to the late William Ode Wiles and Oda Malinda Sanders. Ralph served four years in the United States Air Force and was honorably discharged in 1956. He served in the Air Force Reserves until 1961. Circumstances and fate arranged that he would meet his soon-to-be wife at the Dairy Queen in Mena, where she was dating a friend of his. They married on July 18, 1959 and raised two children together. After their marriage, they moved to Oklahoma City, Oklahoma and lived there for six years when their son was born and then moved back to what they considered to be home at Mena, Arkansas in September of 1965. Ralph had learned the trade of electrician while in Oklahoma City and began his own electrical contracting business in 1967 which he continued until he was forced to retire in 2005. During that time, he and his employees were responsible for wiring numerous businesses in the City of Mena, an uncounted number of residences, major additions to AAlfs Manufacturing plant, the Lime Tree Restaurant, almost all of the drug stores in Mena, as well as Smith Pallet and Hatfield Lumber Company in Hatfield. In later years he would drive by various places and say I wired that business, or I wired that residence and we could not begin to keep up with the number. He also had a hobby that he loved dearly, restoring old cars, mostly in the 1928 to 1934 category. Many times, he started with a frame, or body and restored the car to its original condition. He was meticulous, every piece had to be as perfect as he could make it. In all, he probably restored 25 to 30 cars back to show room condition. He did this in his spare time, after work and on weekends. Chances are, if he was home, he was working on some new project. He had a bout with colon cancer in 2003 and endured radiation and chemotherapy and consequently numerous surgeries but kept going no matter what. Although not a church goer in his early years, he began attending Christ Community Fellowship about five years before he died and he loved the fellowship, would not miss a Sunday until the Covid19 virus. He also loved to tell jokes. During his final days in the hospital, even though he was confused and disoriented from his illness and medication, he would still have a joke for the nurses. Ralph was preceded in death by his parents, his brother, Warren Wiles, and sisters, Eula Dean Wolfenbarger, Erma Jean Parker and Clarene Ward. Ralph is survived by his loving wife of 61 years, Betty Wiles of Mena, one son, Ralph Wiles, Jr. and Kelly Wiles of Broken Arrow, Oklahoma, and a daughter Penny Lunsford and Jonathan Lunsford of Mena; four grandchildren: Nicolas Cannon, Micah Cannon and Tiffanie, and Dustin Lunsford all of Mena, and David Wiles of Broken Arrow, Oklahoma; a sister, Cora Ann Bolton of Branson, Missouri, several nieces and nephews and a host of other relatives and friends. Funeral service will be held on Saturday, February 27, 2021, at 10:00 a.m. at Christ Community Fellowship church with Pastor Bobby Blasingame officiating. Interment will follow at the Walnut Grove Cemetery at Beauchamp in Scott County, Arkansas under the direction of the Beasley-Wood Funeral Home. Visitation will be general. Pallbearers are Eddie Staggs, Jr., Stuart Staggs, Chris Staggs, Matt Ross, Lloyd Shufleberger, and Darrel Page. Honorary pallbearers are Phil Wolfenbarger, Jerry Cox, Lyndell Lyda, Bob Lawry and Richie Lawry. In Lieu of flowers, memorials may be made to the Walnut Grove Cemetery Association, 211 Polk Road 70, Mena, AR 71953

The family of Mr. Ralph Awin Wiles created this Life Tributes page to make it easy to share your memories.

Send flowers to the Wiles family.