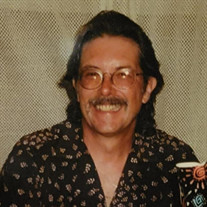 Ralph Edward Rexroad, age 72 of Mena, Arkansas passed away on August 9, 2021 in Mena, Arkansas. He was born August 7, 1949, in Dodge City, Kansas to Warren Rexroad and Elsie Rexroad Donaldson. After graduating from Emporia High School (Emporia, Kansas) in 1967, he attended Electronic Computer Programming Institute in Dallas, Texas. He had a long career in computer programming and information technology. He travelled around the world several times and lived in and worked in such far-flung places as Riyadh, Saudi Arabia; Orlando, Florida; Dallas, Texas; Toledo, Ohio: and Reston, Virginia. Ralph was a friend to everyone he met, and he endeared friends and family with his sense of humor, joke-telling, and stories. He was a car and motorcycle enthusiast, movie and music buff, and a photographer, but his family was most important in his life. Ralph is survived by his two daughters, Lisa Rexroad Godbold and husband Joe Godbold of West Virginia, and Andrea Rexroad and partner Mike Zimmerman of Florida, his two granddaughters Kayleigh Miller and Brooke Godbold of West Virginia, his two sisters Linda Rexroad and Sherry Balkenhol of Mena, Arkansas, his niece Sarah Josey, his nephews Aaron and Brandon Balkenhol and their families, and his uncle Col. Ralph McGrew, USAF, Ret. of California. He was preceded in death by both of his parents.

The family of Mr. Ralph Edward Rexroad created this Life Tributes page to make it easy to share your memories.

Ralph Edward Rexroad, age 72 of Mena, Arkansas passed away on...

Send flowers to the Rexroad family.