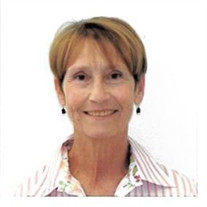 On Wednesday, October 28th, 2020, Maureen Costamagna Keese, loving wife and mother of three children, passed away at the age of 69. Maureen was born on February 20, 1951 to John and Anna Sullivan. She received degrees from California State University Long Beach, Pepperdine University, Azusa Pacific University, and began a career in education that lasted until her retirement in 2017. On October 7, 1994, she married Dr. Hector Costamagna. They raised two sons, Thomas and Daniel, and one daughter, Christina. Maureen had a passion for lifelong learning. She also liked to volunteer, and she combined her two interests to create extraordinary results. Her desire to make a difference in people’s lives was much admired not only by friends and family, but also by all who benefitted from her unwavering enthusiasm and support. She was a devout Catholic, known for her quick wit, her infectious smile, and her compassionate spirit. Maureen was preceded in death by her father, John, her mother, Anna, and her sister, Kathleen. She is survived by her husband, Hector, her three children, Thomas, Daniel, and Christina, her sister, Donna, her brother, Brian; their spouses, Emily, Sarita, McCay, Karl, and Sherry; her niece, Jocelyn; and her grandchildren, Natalie, Tommy, Lucas, Eva, Violet, Isla, Nathaniel, and Henry Hugo. Maureen will be laid to rest at St. Catharine Cemetery in Sea Girt, NJ. A celebration of her life will be held on Saturday, February 20, 2021, at the University of Arkansas – Rich Mountain Ouachita Center. Memorial donations may be made to Eternal World Television Network, Samaritan Purse, or charity of your preference.

On Wednesday, October 28th, 2020, Maureen Costamagna Keese, loving wife and mother of three children, passed away at the age of 69. Maureen was born on February 20, 1951 to John and Anna Sullivan. She received degrees from California... View Obituary & Service Information

The family of Mrs. Maureen Ann Keese created this Life Tributes page to make it easy to share your memories.

Send flowers to the Keese family.