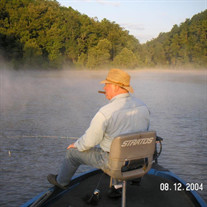 Lawrence Philpot, age 84, passed away Thursday, January 13, 2022, in Mena, Arkansas. He was born, August 29, 1937, in Hawley, Texas to the late Odis and Blake Philpot. Lawrence lived his life on his own terms. He was an adventurer, mentor and leader with a desire to help others achieve which led him to coaching and education. He left his beloved Cherry Hill home to attend Fresno State College with a double major in Social Studies and Physical Education. He met his wife, who was also a teacher, at a Fresno high school. He and Nancy raised a family while traveling and working across the world. In California and Arizona, he advanced his career moving from high schools to community colleges to Cal Western University. He is now a Hall of Fame Inductee at Scottsdale CC. Overseas adventure brought him great years well spent in the military communities of Japan, Turkey, and Germany. In those 20 years with the Department of Defense, he rose from teacher/coach to the Superintendent of DoDDs Europe and influenced the lives of countless students, teachers, and administrators along the way. Larry also never failed to engage with the people of our host countries making lifelong friends with Turks, Germans, and Czechs alike. His world was the world. He retired in Mena where he spent several decades giving back to the people and community that brought him up. Leading and working with others, he devoted his time and talents to the Board of Trustees at RMCC, Cherry Hill Gospel Church, the Gideons, and Cherry Hill Cemetery all while still travelling the world as a consultant for the education giants AVID and QSI. He worked for them well into his late 70’s. Larry supported his three children with love, pride, and encouragement to achieve their goals in life, and they did just that—mostly by following the examples of their parents. And somewhere in there he managed to go fishing, a lot. There were decades of fishing with his Uncle Bob, his children, his grandchildren, and friends. He was a patient and jolly boat pilot while pulling his family on their tubes, skis, and wakeboards. He found true peace and a twinkle in his eye on those Arkansas lakes and rivers, those sunny and rainy days, those cold early mornings and humid evenings, the eagles soaring with deer on the banks, the homemade sandwiches from a cooler. Larry Philpot was a great man to his family and friends…a man who did and lived so much in his life. But maybe Larry on his bass boat was the best Larry of all. He is preceded in death by his parents, Odis and Blake Philpot, as well as his brother, Jim Philpot. He is survived by his wife of almost 59 years, Nancy; children: daughter, Lisa Simmons; sons, Daniel and wife Karina, James and wife Kathi; grandchildren, Zackary Simmons, Katelyn Philpot, and Jackson Philpot; brother, Nelson and wife Doris; sister, Odessa Dann and husband Robert. Graveside Service will be announced at a later date. Cremation services are entrusted to Beasley-Wood Funeral Home. Online obituary at www.beasleywoodfuneralhome.com

Lawrence Philpot, age 84, passed away Thursday, January 13, 2022, in Mena, Arkansas. He was born, August 29, 1937, in Hawley, Texas to the late Odis and Blake Philpot. Lawrence lived his life on his own terms. He was an adventurer, mentor and... View Obituary & Service Information

The family of Mr. Lawrence Philpot created this Life Tributes page to make it easy to share your memories.

Send flowers to the Philpot family.