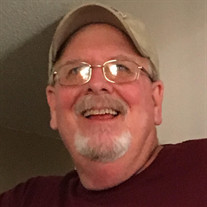 Kent Gorden, 57 of Jacksonville passed away on December 12, 2019. He was born December 21, 1961 in Mena, Arkansas to Bob and Sarah Gorden. His early years were spent on the family farm where Kent was a cattleman alongside his father and brother. During this time he discovered his passion for riding bulls much to his mother’s dismay and protest. Later in life he found his trade and his love of carpentry. He discovered this skill as he constructed a golf course in Florida. Later he expanded this skill as he entered into the contracting world where he built homes in central Arkansas. When he wasn’t working, Kent enjoyed playing golf, fishing, and hunting. He was an avid sports fan and enjoyed watching NASCAR and football games. His favorite games to watch were those of the Dallas Cowboys. He also fancied himself a critic of popular sitcoms. He enjoyed all time spent in the presence of his children and grandchildren and he was always their number one fan in any endeavor they chose to embark on. He also enjoyed his time as a patron at the local Chili’s where he visited regularly with a multitude of close friends. Kent was not a man of many hats. He was a man of one hat for the most part. A hat reading CAT across the front. He enjoyed the small and simple things in life to all who knew him. Kent was preceded in death by his father, Bob Gorden. Kent is survived by his mother, Sarah Gorden. His wife of 22 years, Dena Gorden of Mena, His daughter Tosha Lance and her spouse Mike Lance of Waldron, their three children Kailie, Abbie, and Andrew, his son Kyle Gorden and his spouse Treell Gorden of Benton, their three children Timber, Archer, and Creek, his daughters Ally Hull and Katy Gorden of Jacksonville, His brother Brent Gorden and his spouse Dedria Gorden of Mena and several aunts, uncles, and cousins. Funeral service will be Wednesday, December 18, 2019 at 11:00 a.m. at Dallas Avenue Baptist Church with Reverend Mike Lance, Brother Max Deaton and Brother Chad Hill officiating. Interment will follow in the Pinecrest Memorial Park under the direction of the Beasley-Wood Funeral Home of Mena. In lieu of flowers donations may be made to St. Jude Children’s Research Hospital, 501 St. Jude Place, Memphis Tennessee 38105 Pallbearers will be Kyle Gorden, Brent Gorden, Dennis Brinkmen, Tony Hill, Johnny Hilton, Jeff Johnson, Grady Mays and Greg Peek. Honorary pallbearers are Chad Hill, Billy Hull, George Rainey, Gary Vaught, and Jonathan Vaught.

Kent Gorden, 57 of Jacksonville passed away on December 12, 2019. He was born December 21, 1961 in Mena, Arkansas to Bob and Sarah Gorden. His early years were spent on the family farm where Kent was a cattleman alongside his father and brother.... View Obituary & Service Information

The family of Kent Gorden created this Life Tributes page to make it easy to share your memories.

Send flowers to the Gorden family.