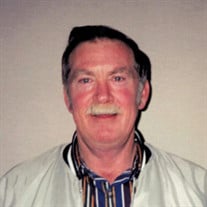 Herman Wesley Carroll, age 78, of Mena, Arkansas passed away Tuesday, November 10, 2020 in Hot Springs, Arkansas. Herman was born July 12, 1942 to Fred and Thelma (Strother) Carroll in Ardmore, Oklahoma. He married Sharon Juanelle Cameron on June 23, 1961 in Nuevo Laredo, Mexico. Herman was an inspiring man of many interests and talents. A railroader, he worked 26 years for Union Pacific before retiring in 2005. He was a farmer, raising chickens and cattle in Vandervoort, Arkansas. He liked fishing, horses, and playing his bass guitar. He enjoyed wood-working and could usually be found in his shop, tinkering, or building a piece of furniture for a loved one. He loved Jesus and was an elder of the Church of Jesus Christ of Latter-day Saints in Mena, Arkansas. He was called Husband, Dad, Papaw, Brother, Uncle, (even Uncle-Papaw), and Friend and will be fiercely missed by the many lives he has touched and left behind. Herman leaves his beloved wife of 59 years, Sharon of Mena, Arkansas; daughters: Diana Harris and husband Patrick of Mena, Arkansas, Lisa Miller and husband Charles of Milo, Missouri, and Susan Keller and husband LeRoy of Sand Springs, Oklahoma; grandchildren: Matthew Harris, Amanda Carter, Amber Miller, Allysa Miller, Joshua Bogart, Christopher Bogart, Siera Harris, and Shana Wiggans; twelve great-grandchildren; brother: Donny Carroll and wife Ruthie of Cove, Arkansas; sisters: Susan, Patty, and Sandy; a host of nieces, nephews, and other family members; and many friends. He was preceded in death by his parents, Fred and Thelma; aunt and uncle, Dorothy Strother and Leon Strother; brothers, Charles Carroll and David Carroll. Visitation for Mr. Carroll will be held Friday, November 13 from 6-8 p.m. at the Beasley Wood-Guyer Quillin Funeral Home in Mena, Arkansas. A private service will be held Saturday, November 14 at 1 p.m. at the Church of Jesus Christ of Latter-day Saints in Mena, Arkansas, with Tom McClanahan officiating. Public graveside services will follow at the Nunley Cemetery on Polk Road 56 in Nunley, Arkansas. Pall bearers will be John Gamble, Travis Starnes, David Pollard, Terry Bogart, Johnny Cameron, and Quest Cameron. Honorary pall bearer is Ian Cameron. In lieu of flowers the family wishes donations be made to your charity of choice

The family of Mr. Herman Wesley Carroll created this Life Tributes page to make it easy to share your memories.

Send flowers to the Carroll family.