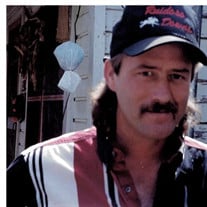 Greg Allen Cunningham age 59 of Mena, Arkansas passed away Friday, September 13, 2019 in Hatfield. Greg was born on February 10, 1960 to the late Grover Lee Cunningham and the late Junita Miller Cunningham. He was married to Wilma Cunningham... View Obituary & Service Information

The family of Greg Allen Cunningham created this Life Tributes page to make it easy to share your memories.

Send flowers to the Cunningham family.