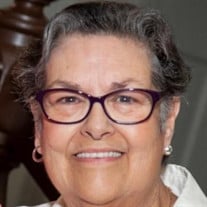 Dorothy Gaye Boeving Riley “Dee Dee”, age 74, passed away in her home in Mena, Arkansas on Friday, January 28, 2022. She was born November 13, 1947, in Kennett, Missouri to the late Joe and Joyce Dempsey Boeving. She was the oldest child of her family and known to the family as Dottie Gaye but to most others, Dee Dee. Dee Dee attended Catholic school in Pine Bluff, Arkansas until the ninth grade and then public school at Pine Bluff and graduated, class of 65. Dee Dee was united in marriage, January 13, 1967, to the love of her life, Harold Riley. They were married for 53 years, until Harold’s passing in 2020. She served on the Arkansas Board of Cosmetology for many years, serving as President for a portion of those years. She also served on the National Hairdressers and Cosmetologist Association. She owned and operated Dee Dee’s Place, “The little shop with the Big Surprise”, on Southerland Street until 1980, when she moved her beauty shop to the back of her home. She was a member of the St. Agnes Catholic Church, as well as a member of the Emblem club for several years. She and her husband helped to put on the Mena Car Show for 40 years with their friend, Mark Campbell. Dee Dee, Harold and the kids traveled the nation (usually in a hot rod they built) going to car shows. They loved their car show family and cherished all the memories they made through the years. Every Tuesday and Thursday night, Dee Dee could be found with her girlfriends enjoying a girl’s night out. She enjoyed collecting trinkets and picking 4 leaf clovers. After Harold’s passing, she enjoyed spending time at Hidden Treasures with friends. Anyone who knew Dee Dee was well aware that she loved to say things to surprise people and friends and watch their face for the “shock” or “WOW” effect. You never knew what she was going to come up with. She always had a story to tell. Dee Dee is preceded in death by her parents, Joe and Joyce Dempsey Boeving; her loving husband, Harold Riley; and by her brothers, Tim Boeving and Scott Boeving. She is survived by her son, Harold “Bear” Riley and wife Donna; daughter, Christi Horton and husband Brian; grandchildren, Angel, Devin, Brent, Logan, Tyler, Taylor, and Lacey, Jessica, James and Abigail; great-grandchildren, Izzy, Landon, Cooper, Oliver, Avery, Ella, , Spencer, Mariam, Jazmyne and Jebediah; brothers, Jody Boeving and wife Marijo, and Danny Boeving; sister, Star Boeving; as well as a host of other family and friends too numerous to mention. Memorial services for Dee Dee will be announced at a later date. Cremation services entrusted to Beasley-Wood Funeral Home.

The family of Dorothy Gaye "Dee Dee" Riley created this Life Tributes page to make it easy to share your memories.

Send flowers to the Riley family.