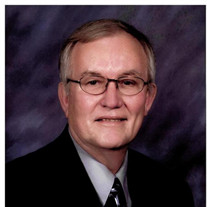 Charles Ray Roberts was born in Booneville, Arkansas August 18, 1946 to the late Verna and Hal Roberts. He married his lifetime love and high school sweetheart, Janet, on December 22, 1967. Charles Ray and Janet lived in Mississippi and Oklahoma for Charles Ray’s job as a forester before settling in Mena 37 years ago. Charles Ray enjoyed fishing and playing sports with his 3 sons Scott, John, and Chris; and traveling with his wife Janet. He was an avid Razorback and Yankees fan. Even in the last few years, Charles Ray and Janet spent their time on road trips and cruises, exploring the country together. Whether you knew him by Charles Ray, Charles, CR, Chuck, Daddy Chuckles, or Pa-Paw, he always made you feel welcomed and part of the family. His wife and kids were his life. Through sports, leading the church youth group and Sunday school, or traveling to be close to family, he always made it to be about them. Charles Ray is survived by his wife of 52 years, Janet; His sons, Scott, John and Chris; His brother, John Ross Williams and wife Doris; grandchildren, Monique, Rodney, Aiden and Hope; His nephews, nieces, and cousins along with many more. He was preceded in death by his parents, Verna and Hal, and his sister Jo Catherine Williams. Charles Ray’s passing comes 11 years after being diagnosed with Parkinson’s. In lieu of flowers, please donate to the First United Methodist Youth Group or Michael J Fox Parkinson’s Foundation. Due to the current Covid-19 precautions, a small private family ceremony will be held for Charles Ray. There will be a registry book to sign at Beasley Wood Funeral Home during normal business hours.

The family of Mr. Charles Ray Roberts created this Life Tributes page to make it easy to share your memories.

Send flowers to the Roberts family.