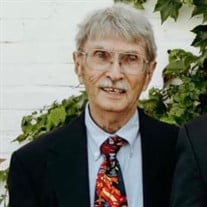 Billy Dee Fox, 81, from Mena, Arkansas, went to be with the Lord on Tuesday, September 14, 2021, surrounded by his family. He was born in Dierks, AR to the late Richard and Emma Stapp Fox. Bill was an incredible man of character and integrity. He always put God and his family first. He awoke early each morning and spent time on his knees praying for friends and loved ones. The family continues to reap the bounty of the harvest he has sown in faithfulness and humility throughout the years. Bill enjoyed hunting, fishing and was an avid woodsman. He also loved to read. When he wasn’t engrossed in the Bible, he could be found with a Western novel in hand or flipping through a Guns And Ammo magazine. He also wrote a few short stories over the years, which are treasured by those who loved him. He enjoyed watching Razorback football games and Western movies or shows. Bill’s career as a Lab Tech spanned over fifty years working at hospital labs in Carthage, TX, Mena Medical Center and Dr. Gomez’s Office. He was a consummate professional and was extremely well respected in his field. He is survived by his children, Joy Madjerich (Richard) of Atlanta, GA, Gena Curtis of Chesapeake, VA, Pamela Mozley (Michael) of North Ft. Myers, FL, and Benjamin Fox (Tina) of Springdale, AR; his grandchildren: Matthew, Tony, Sara (Eric), Rebekah, Rachel, Libby (Joel), Hannah, April, Katie (Eric), Ashlyn, and Daniel; great-grandchildren Alison, Casen, Kaizley, Beatrice, Vivianne, Audrey, Wesley, and Walker; nephews and nieces: Michael Fox, Donna Simmons (Gene), James Earl Fox (Monika), John Fox (Sandy), Dana Bowers (Will), Kevin Fox (Susan) and a host of other relatives and friends. In addition to his parents, he was preceded in death by five days by his wife of forty years, Barbara Fox; by his brothers Lavere, Earl, and Orace; and by his sister, Betty Russell. Pallbearers are Matthew Harvey, Daniel Fox, Kevin Fox, Jim Fox, Tyler Bailey, and Matthew Coccaro. Honorary Pallbearer: Michael Fox Funeral Services for Mr. And Mrs. Fox will be held Saturday, September 18, 2021, at 2:00 p.m. at the Beasley Wood Funeral Home Chapel, with interment will follow at Dierks Cemetery in Dierks, Arkansas. Under the direction of Beasley Wood Funeral Home of Mena. Visitation will be general.

Billy Dee Fox, 81, from Mena, Arkansas, went to be with the Lord on Tuesday, September 14, 2021, surrounded by his family. He was born in Dierks, AR to the late Richard and Emma Stapp Fox. Bill was an incredible man of character and integrity.... View Obituary & Service Information

The family of Mr. Billy Dee Fox created this Life Tributes page to make it easy to share your memories.

Send flowers to the Fox family.