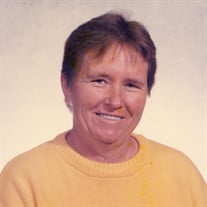 Bertha Rogers Speight, age 76, of Hatfield, Arkansas went to be with her Lord and Savior, December 29, 2020. She was born on February 28, 1945 in Monticello, Arkansas to the late Ruff Rogers and Alfa Pruett Rogers. She was a member of the... View Obituary & Service Information

The family of Bertha Rogers Speight created this Life Tributes page to make it easy to share your memories.

Send flowers to the Speight family.