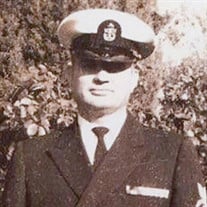 Bee Harvey Ross, age 90, passed from this life on Saturday, December 26, 2020 at his home in Mena. He was born on June 13, 1930 to Arthur Russell Ross and Leotie (Kindle) Ross. Bee was drafted into the Army in 1950 at the age of 20. After serving two years in Germany as a tank driver, he joined the Navy in 1952. He served four years in Japan, two tours in Vietnam running a Swift Boat and on the USS Hancock, and many other Navy cruises as Boatswain’s Mate. Bee retired from the Navy in 1970 as a Chief Petty Officer. After his service to our country, Bee began employment with Weyerhaeuser at the Craig Plant in Broken Bow, Oklahoma. He retired in 1989 after eighteen years. In 1990, he fulfilled his dream, buying a ranch in Octavia, living a satisfying life, raising cattle for many years. Bee is survived by his wife, Janise Ross; sons, Dennis Ross and wife Lanora, and William Mitchell and wife Kim; daughters, Elizabeth Newman, and Janene Mitchell; grandchildren, Joe Harvey Ross, Florence Lynn Phillips, Elyssa Stinnett, Ledger Newman, Aaron Mitchell, and Jade Mitchell; several great-grandchildren; and many nieces and nephews. He is preceded in death by his parents; his brothers, Joseph Whitson Ross, Lee Travis Ross, Robert Bruce Ross, and Arthur Enoch Ross; and sister, Dorothy Laverne Shelton. A graveside service for Mr. Ross will be held 2:00 p.m. Tuesday, December 29, 2020 at Hochatown Cemetery in Hochatown, Oklahoma with Pastor Bill Seitz . Visitation at the funeral home is general. Services are under the direction of Beasley Wood Funeral Home. Pallbearers will be Scott Ross, Charles Ross, Russell Ross, Larry (Joe) Bunn, William Mitchell, and Max Shelton.

The family of Mr. Bee Harvey Ross created this Life Tributes page to make it easy to share your memories.

Send flowers to the Ross family.